A few months ago, we came across a problem we need to upgrade our Kubernetes version in AWS EKS without having downtime. Getting the control plane upgraded without downtime was relatively easy, manual but easy. The bigger challenge was getting the physical worker node updated. We had to manually complete each of the following steps:

What Problem does it Solve

Terraform has always been our choice of tool for managing infrastructure, and using terraform for this module also gives us the opportunity to integrate this module with all other existing infra seamlessly.

Orchestrating Amazon Kubernetes Service (EKS) from AWS Lambda and Amazon EKS Node Drainer has already set a precedent that Lambdas can be a great tool to manage EKS clusters. However, Lambdas have one notable limitation in that they are very short lived. If we run all steps through a single Lambda function, it will eventually timeout while waiting for all existing pods to complete. So we need to split up the workflow into multiple Lambdas and manage their lifecycles through a workflow manager. This is where Step Functions enter the picture. Using a Step Function not only solves the problem of Lambda time-outs but also provides us an opportunity to extend this module to be triggered automatically based on events. 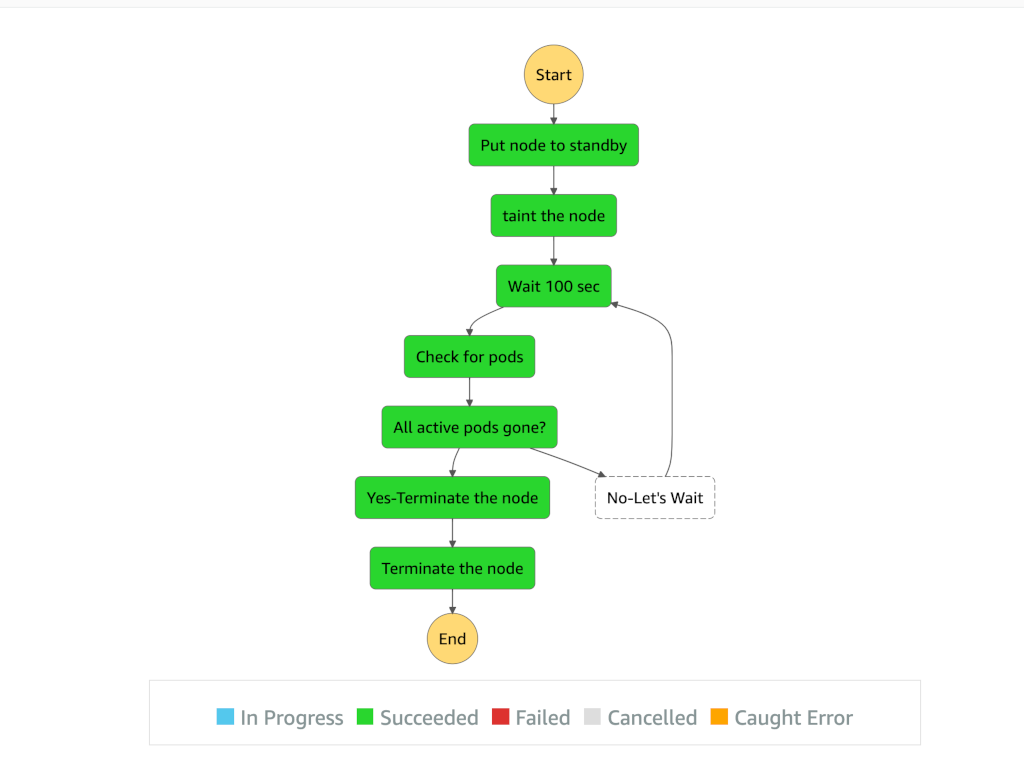 Within Scribd’s Platform Engineering group we have a lot more services than people, so we’re always trying to find new ways to automate our infrastructure. If you’re interested in helping to build out scalable data platform to help change the world reads, come join us!